Brighton station was in chaos; there were barriers everywhere, and Nick, Sikka and I only just made it onto the train ahead of a crowd of homegoing Pride revellers. At Hassocks we met our ride leader, Helen, who had travelled by road along with Angela C. Then Martin arrived, having cycled from Brighton. 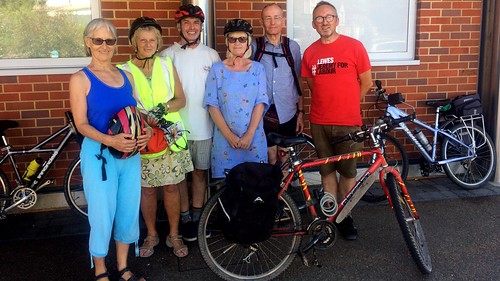 Helen’s ride leadership strategy oscillated between “leading from the front” and “leading from the back”. The latter was a bold innovation, but didn’t work too well when she wanted to vary the route, as everyone had shot past the turning by the time she caught up. Undaunted, she tried another variation in Streat Lane, searching for a bridleway that promised to take us past Elmgrove Farm, under the railway, and deliver us straight to the coffee stop at the Plough. However it was not to be found, and eventually Helen enlisted the help of the farmer, who told us that the bridleway was on the other side of a fence, which made things a bit tricky, so we went back to the road. Earlier, at Streat Church, we had discovered an extremely rare thing … a phone box with a phone in it, and no sign of any books! 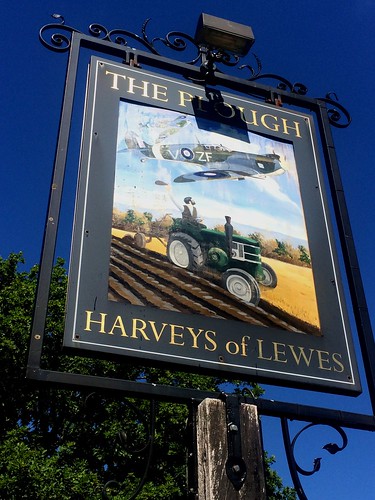 At the Plough, Helen held a vote on whether we should ditch the Plumpton leg of the ride and go straight to the lunch stop. In a report of an earlier incarnation of this ride, in May 2015, I had described the route as “a bit like three triangles joined together, or a figure of 8 with an extra loop”, and even uploaded a sketch of such a figure, which has sadly now disappeared due to some unknown glitch in Flickr, so you will just have to imagine it. The vote was about whether to leave out the easternmost triangle, formed by the Plough, Plumpton Lane, Novington Lane and a concrete farm track through North Barnes Farm; in view of the heat, the time spent searching for the bridleway, and the approaching lunch booking, it was not surprising that the vote was a unanimous “yes”; this shortened the ride to 17 miles. As a reward for voting the right way, Helen allowed us to get a drink from the bar. Then off we sped to the Cock at Wivelsfield Green, where we found a “secret garden” that allowed us to sit outside without getting roasted.

After lunch we made for Ditchling via Hundred Acre Lane, at the south end of which we saw a man riding a penny farthing bicycle! When asked “is that hard?” he replied “No, easy!” He was followed by a man on an old black conventional bicycle which, he shouted as he sped past, had been made in 1902. Nick tried to get a photograph but they didn’t stop. He had had better luck with his camera earlier, when a Speckled Wood butterfly obligingly settled on his bike at Streat Place. 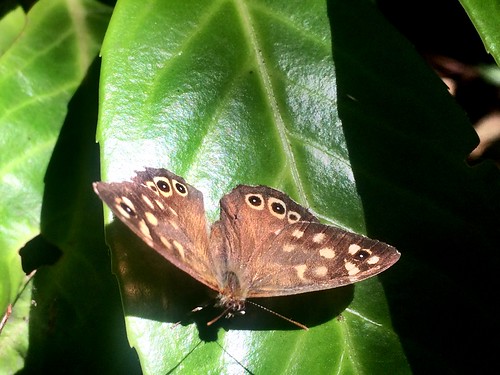 And so to Oldland Mill. We normally expect mud on the path going up to it, but today the mud was baked hard and the ride was a bit like a switchback. Nick and I went in to see the works, and I bought a bag of flour, made in a recent milling run which was stopped in order to carry out regular maintenance of the sweeps. 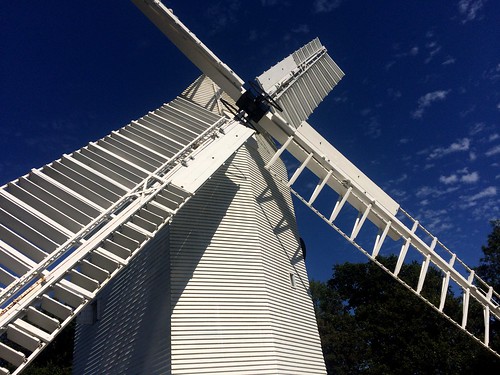 We spoke to the volunteer at the gate, who told us that the Trust can arrange private tours for groups on days when the mill is not normally open. This might be a solution to the problem of having to arrange a ride for the first Sunday of the month – when the mill is open to the public – despite it also being Pride weekend, when we really shouldn’t be venturing out on trains.

Thanks to Helen for another lovely Oldland ride. If I get round to it, I’ll convert some of the flour into scones for the next ride! 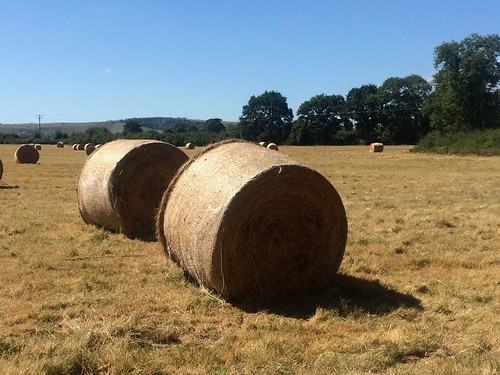 This entry was posted on Monday, August 6th, 2018 at 5:21 pm and is filed under Ride report. You can follow any responses to this entry through the RSS 2.0 feed. You can leave a response, or trackback from your own site.