Hove Park Cafe was the location for a leisurely start to Graham’s ride. Sitting outside the cafe with cups of coffee in warmish and overcast weather was good preparation for the planned 20 miles of cycling.

The six participants for Sunday’s ride were: Graham, Angela, David, Sikka, Jim & Nick (no group photo available, sadly).  Very soon after leaving Hove Park, it became apparent that the blackberry season had begun. As well as sampling the blackberries, this was the first photo opportunity of the day. 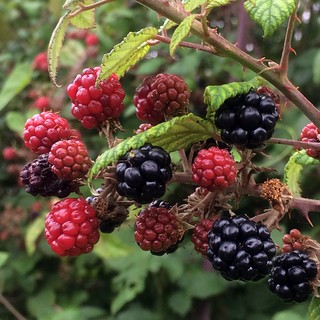 The gentle ride upwards on the Dyke railway trail was a great way to approach the South Downs, without exerting too much energy. 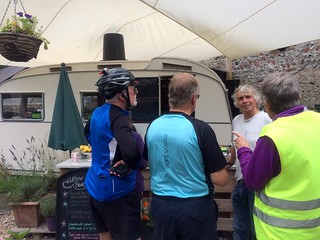 It didn’t take too long to arrive at the first stop of the day, the WildFlour Cafe. My previous visits to this cafe have been when rambling over the South Downs. Sunday’s visit was probably the busiest I have ever seen the cafe, mainly due to the arrival of a large cycling group from Horsham, who were easily identifiable in their matching cycling tops. 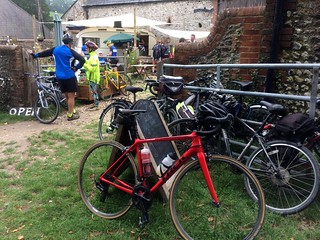 After leaving the WildFlour Cafe, it was a downhill ride through Poynings and Fulking. The assent along Clappers Lane was where the first major incident of the day took place.

David was aware that something was seriously wrong with his bike and had to stop for an emergency pit stop outside Clappers House. Closer inspection of David’s bike revealed that his derailleur gears had sheared from the bike frame and it wouldn’t be possible for him to continue with the ride. 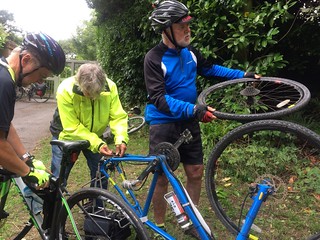 David phoned his wife, Terri, who agreed to set out in her car and rescue him. Jim pointed out that the OS map showed we were near to a place called Terry’s Cross and it was highly likely Terri might be cross too. 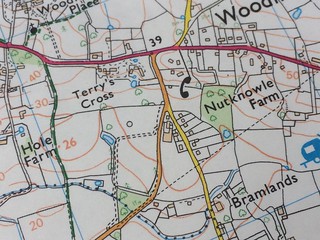 Whilst attending to David’s bike, the automatic gates outside Clappers House opened, causing Angela and Sikka’s bikes to fall over. We suspect this was a malevolent anti-cyclist act from the residents of Clappers House, although we have no hard evidence to back up this theory. We had to reach our lunch stop at 1.45pm, so were forced to abandon David by the roadside (first time anyone has been abandoned on a Clarion ride?) and continue with the ride. And then there were five… 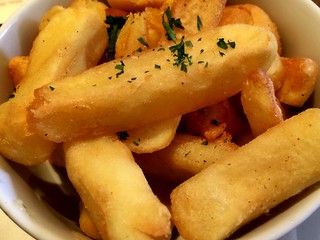 I chose the gourmet chips for cyclists option (with parsley garnish)  in The Fox pub for lunch, but the nut roast and stuffed marrow options looked good too.

Veganism, the controversial Arundel bypass and body image objectification had already been discussed by the time Sikka’s prune (or was it plum?) and rice pudding dessert arrived, which she very kindly offered to share with some of us.

It was good to see the recently rescued David join us for lunch with Terri, but his bike was still not roadworthy and it was just the five of us who completed Graham’s route after lunch. 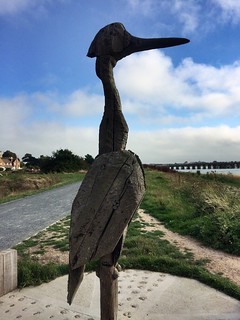 It was a brisk and exhilarating cycle ride down Smugglers Lane, across the river Adur and our final stop at Shoreham station. The day’s ride was a route I had never cycled along before, so thanks to Graham for organising such an excellent day out.

This entry was posted on Wednesday, August 22nd, 2018 at 11:15 am and is filed under Ride report. You can follow any responses to this entry through the RSS 2.0 feed. You can leave a response, or trackback from your own site.