It was a mild greyish February morning lightened by gleams of sunshine through the misty fields and on the scarp edge of the downs. There was a lot of water lying in the pastures after heavy overnight rain, filling the ditches to several inches up the hedgerows, and pouring into the drains. We pedalled along happily at an unfashionably slow pace, pausing to admire, at Angela’s instruction, manor houses and cottages—mostly 18th century, Ripe church (formerly known as Eckington, given by Henry VIII to Thomas Cromwell after the expropriation of the monasteries), and a lovely timber-frame and brick house in the village that looked Jacobean, with carved wooden people on the doorposts (see picture).

On the return from a detour to Laughton Tower, down a lane pitted with spectacular rashes of pot-holes, circular like the ones made by meteorites on the surface of the moon, I got a puncture. Luckily it was not too far to walk to the Roebuck Inn for lunch. 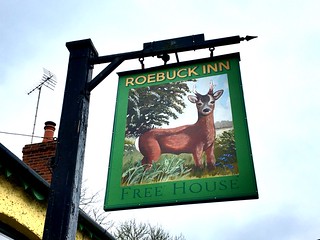 The cognoscenti had advised in advance that this was a cog-themed establishment, in honour of “steam punk,” whatever that may be. The décor was largely characterised by interlocking wheels of assorted sizes with teeth on them. Apt for a cyclists’ pub. It could have been named “The Derailleur Inn.” After lunch, Jim helped me to fix the puncture and I vowed in future to bring a spare inner tube, and a selection of adapters suitable for different valves, since the pub offered a foot pump which, however, was incompatible with my tyre.

We set off back, rather later than intended because of the delay caused by the pneumatic mishap. Richard raced ahead to catch the train. Nick just missed it. The rest brought up the rear, and the 5 of us had time for a pot of tea, and in Jim’s case an apple crumble with ice-cream, at the Berwick Inn. We were home at Brighton soon after 5.30. 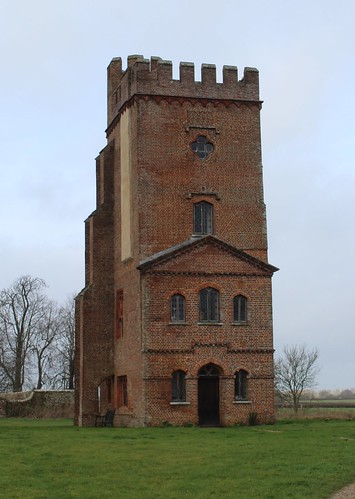 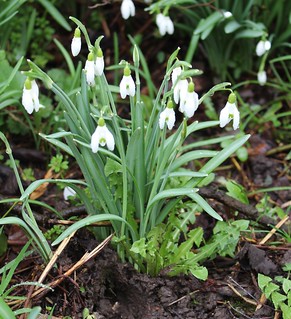 This entry was posted on Friday, February 14th, 2020 at 10:46 pm and is filed under Ride report. You can follow any responses to this entry through the RSS 2.0 feed. You can leave a response, or trackback from your own site.