It wasn’t the ride Nick had planned.

Adverse weather and the prospect of negotiating Wivelsfield Station steps made Angela D, Jim, Sikka, Sue ( from Farnham) and Tessa rebel. We decided to alight at Hassocks and make our way to Wivelsfield to have lunch at the Cock Inn. Then decide whether to continue to Shoreham via the Downslink and Nick’s beloved cafe , Stan’s Bike Shack? 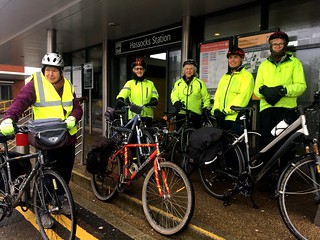 Waterproof trousers were on and off as we headed through a little drizzle and strong and gusty winds through Ditchling, left down Spatham lane, right at the crossroads, heading towards Plumpton before turning left to Wivelsfield Green.

We were early for an unbooked lunch but were given a warm welcome even though all tables were fully booked. We all squeezed onto a small table in the bar. Food was good except for a runny fish pie and not very cheesy cauliflour. The expected rain started to fall outside making us feel extra cosy.

Leaving the pub was a small challenge. Our bikes had been boxed in by a parked car. Angela, in full voice went back into the pub asking whose number plate ended WEA?. He was reluctant to come out at first but Angela was persuasive mentioning possible scratches to his car. The incident ended amicably with some good humoured remarks from the car driver about us not exceeding the speed limit. As if Clarion would! 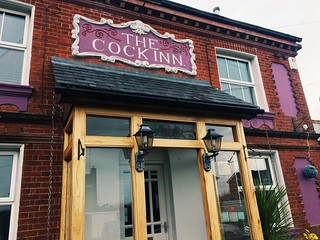 Again it was waterproof trousers or not, and where do we go? Angela planned a return to Hassocks by careful map reading as we felt Stan’s Bike Shed and too far a destination with such uncertain weather.

We headed into the wind towards Burgess Hill. The sun came out illuminating lilac and white crocuses that bloomed on the grass of Burgess Hill’s suburbs. Birds were singing and earlier we had seen celandine, snowdrops and primroses blossoming.

The suburb roads were full of traffic and potholes so we were pleased to leave and join a small quiet cul de sac that led us to Goddards Green.

Soon we had reached Hurstpierpoint College. The lane leading to the main Hurstpierpoint – Hassocks road was a deceptively uphill haul so at the junction we all felt the need of a tea stop in Hassocks.

We said goodbye to Nick at the junction , the lure of Stan’s being too great and headed into Hassocks to have tea, hot chocolate and delicious chocolate brownies at Proper Cycling and Coffee, the perfect cafe for weary Clarinistas. 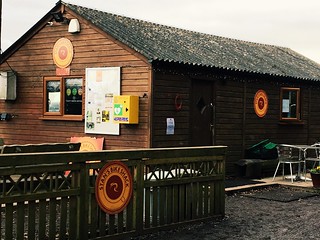 Thank you to our two leaders Nick and Angela for a lovely weather defying day out.

This entry was posted on Thursday, February 27th, 2020 at 4:28 pm and is filed under Ride report. You can follow any responses to this entry through the RSS 2.0 feed. You can leave a response, or trackback from your own site.