The Last Ride: 8th May 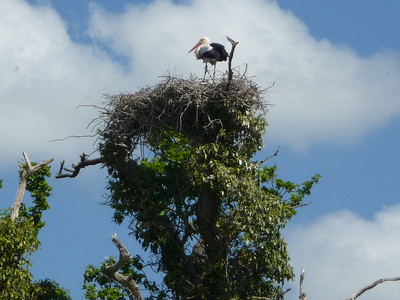 Although Dave had suggested the cycle ride to the Knepp rewilding project, he wasn’t sure if he would be able to attend. I wasn’t entirely sure of the route, so it was a relief that Dave was waiting for us as we emerged from Shoreham station. Sikka, Tessa, Doris, Jim and Nick joined Dave for this cycling expedition.

We were all hopeful we would be able to see some of Knepp’s nesting storks we had read about. The ‘No Mow May’ campaign had highlighted the benefits of rewilding, so it was particularly appropriate that we were heading out on a cycle ride to what is possibly the UK’s most impressive rewilding project.

After following the Downs Link from Shoreham, the route to Knepp was reasonably straightforward (see Strava link). As the grim Ukraine conflict continues to grind on, it was good to see a display of Ukraine solidarity on our route. 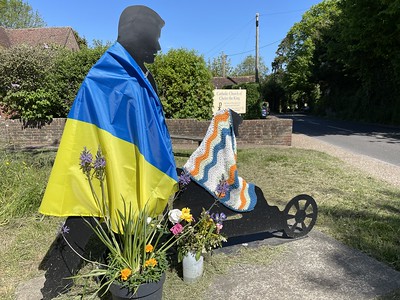 We made good progress and arrived in Knepp just after noon. A chalk board inside a gift shop listed the interesting wildlife sightings of the day. Although I was fixated on stork spotting in the limited time we had there, it was good to know that there were also opportunities to see white tailed eagles, nightingales, reed warblers and cuckoos. A longer bird spotting trip might be required next time.

A helpful member of the Knepp team directed us to the spot where one of the storks was nesting. We were lucky enough to meet a birdwatcher who encouraged us to watch the nesting stork with the telescope he had set up. We were a few days too early to see any hatched storklets, but it was fascinating to watch the stork perched high up on the tree in front of us. Dave’s stork photos on Facebook are very impressive, but I also tried to capture the moment with a few photos (see Flickr photo pool).

After our Knepp stork spotting episode, we cycled to the nearby Tates Old Barn Garden Centre. I couldn’t be bothered to join the queue for food, so ate a roll I had brought with me instead. We were all amazed that the largest stag garden ornament retailed for more than £3,000. Although it was an undeniably impressive looking stag, I think I would stick with garden gnomes if I had a garden. 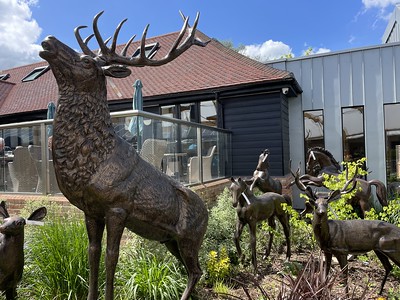 After lunch, a return route was devised which didn’t repeat the cycle ride from Shoreham (see Strava link). Although the Knepp ride idea was Dave’s, it was good to have input from everyone on the preferred route home. Thanks to all cyclists (and storks) who made this such an enjoyable day. 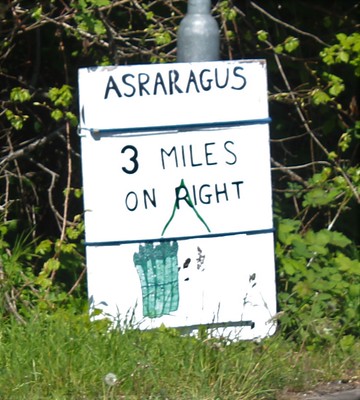 This entry was posted on Tuesday, May 17th, 2022 at 8:59 pm and is filed under Ride report. You can follow any responses to this entry through the RSS 2.0 feed. You can leave a response, or trackback from your own site.